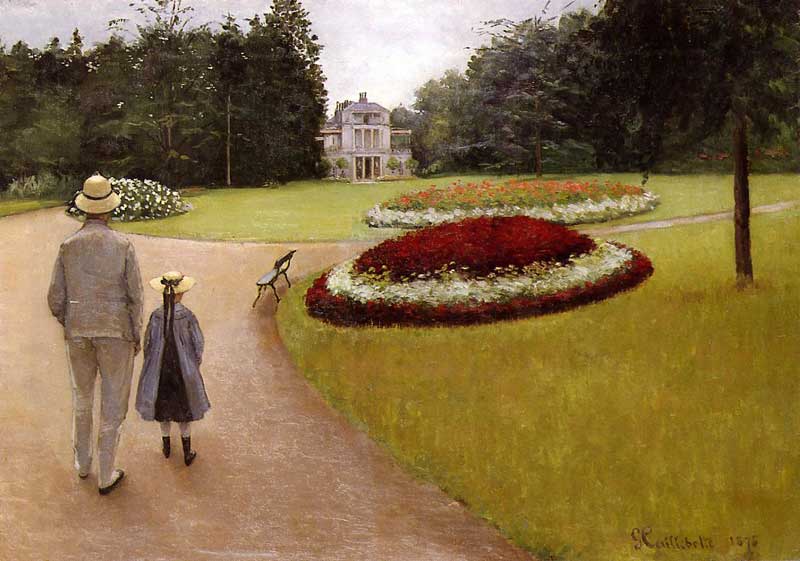 In his masterpiece, Paris Street; Rainy Day, Gustave Caillebotte brought an unusual monumentality and compositional control to a typical Impressionist subject, the new boulevards that were changing the Paris cityscape. The result is at once real and contrived, casual and choreographed. With its curiously detached figures, the canvas depicts the anonymity that the boulevards seemed to create. By the time it appeared in the third Impressionist exhibition, held in April 1877, the artist was 29 years old, a man of considerable wealth, and not only the youngest but also the most active member of the Impressionist group. He contributed six of his own canvases to the exhibition; played a leading part in its funding, organization, promotion, and installation… (http://www.artic.edu/aic/collections/artwork/20684).